Here’s What You Can Do About Chronic Obstructive Pulmonary Disease

15 million people in the U.S. are affected by Chronic Obstructive Pulmonary Disease (or COPD), a long-term disease that creates a blockage of proper airflow from the lungs, resulting in breathing complications. COPD is also a term representing a group of lung-damaging diseases including chronic bronchitis, emphysema, and occasionally asthma.

Two of the most common conditions related to COPD are chronic bronchitis and emphysema, which can often coexist with one another.

Symptoms of COPD will usually present themselves once extreme damage is done.

Out of the 15 million people in America with COPD, 39% of them have not quit smoking. Given that COPD is a life-long disease once diagnosed, symptoms are expected to gradually worsen, especially for those who don’t protect themselves from smoke exposure.

When COPD transpires, a reduced amount of air is able to pass through an individual’s airways. This is often due to several reasons including the airway walls turning into an inflamed or thick structure (causing swelling), lung air sacs and airways losing flexibility, excess mucus (causing blockage of air), and destroyed walls between the air sacs.

If you’re a smoker, the most effective way to avoid developing COPD is to completely stop smoking. Non-smokers are encouraged to never start. Currently, 8 out of 10 deaths associated with COPD are a result of smoking.

It’s equally important to understand that being a smoker is not the only risk factor to put your focus on, secondhand smoke is just as harmful. Secondhand smoke emerges from cigars, cigarettes, and pipes. Exposure to pollutants in the air at work or home can also lead to COPD. In the U.S., 1 in 4 individuals diagnosed with COPD admitted they have never smoked cigarettes.

How to receive treatment for COPD in Plano, TX.

Although there is not a cure for COPD, partnering with your physician can slow down the decline of lung function. Learn more about how we provide care to our patients with COPD in a message from Dr. Zachary Castle! 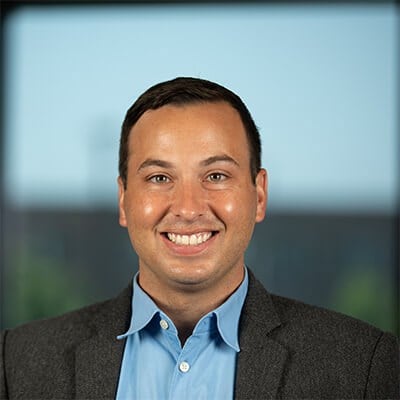 “Chronic Obstructive Pulmonary Disease, or COPD, is a disease process, most commonly caused by smoking, leading to irreversible lung damage. As the name implies, the disease leads to progressive airflow obstruction in the pulmonary system. While tobacco smoke is the most common cause, COPD can also be caused by environmental irritants, recurrent respiratory infections and genetic abnormalities. COPD commonly causes symptoms of shortness of breath, chronic cough and wheezing, and exacerbations or flares of the disease can result in an inability to maintain proper oxygen levels in the blood and hospitalization.

The goals of treating COPD are to treat symptoms to help patients feel better and to reduce the chance of an exacerbation. One of the most important things we can do is stop smoking which, in many cases, will prevent further lung damage. Because people with COPD are susceptible to severe lung infections due to poor pulmonary function, it is imperative to prevent pathogens that cause respiratory infections- this means making sure patients are up to date on all vaccines including pneumococcal vaccines, flu shots, and COVID vaccines. Medicines that can help treat COPD include both short-acting and long-acting inhalers that open the airways as well as steroid inhalers that reduce inflammation in the bronchial tubes and lungs. When symptoms are severe during exacerbations, sometimes we need to use oral steroids or even IV steroids in the hospital. When COPD has progressed to an advanced stage, using supplementary oxygen is needed.”

To discover more about Dr. Castle’s approach to medicine or if you’d like to schedule an appointment, please click here.

To better understand your treatment options for COPD in Plano, McKinney, or Frisco, TX please schedule an appointment by texting your preferred location below:

Regardless of the date published, no content on this website should ever be used as a replacement for direct medical advice from your primary care provider or another qualified clinician.

How to Set Weight Loss Goals You Can Stick To

Follow this dietitian-approved guide to jumpstart your weight loss journey in the healthiest way!

What Everyone Should Know About Thyroid Health

Thyroid diseases left untreated can lead to serious health conditions. Find out what you can do today to protect your thyroid health.

What is primary care?

Primary care is a vital part of healthcare! Learn what your primary care physician does to help you achieve whole-person wellness.

* All information subject to change. Images may contain models. Individual results are not guaranteed and may vary.